Given the event took place in over nine hundred cities and two of the three prize winners hailed from the same location – Wollongong, Australia – it was a double celebration, marked by the presence of Founder Mark Hawwa along with Ramsey Sayed and Mikey Stojcevski from DGR HQ.

“What a fantastic day down here in Wollongong with City Coast Motorcycles giving away two new Triumphs – a Bobber and a Bonneville T120 – to Phill and Ermond for being the two highest fundraisers in Australia and two of the three highest fundraisers, globally,” said Mark.

“It shows just how well Wollongong punches above its weight in regard to the riding community, the Distinguished Gentleman’s Ride and people helping other men in need.”

The Distinguished Gentleman’s Ride is a niche event uniting classic and vintage style motorcycle riders all over the world. Participants raise funds and awareness for prostate cancer, and mental health and suicide prevention programs on behalf of charity partner, The Movember Foundation.

Phill and Ermond have participated since 2018 when they established their team of four, The FC’s (Four Cure). It has grown to seven-strong and in 2021 it ranked the third highest fundraising team worldwide.

2021 marked the fifth year our family-owned Triumph dealership has presented DGR – Wollongong. In that time the local ride has amassed some $350,000 (AUD) for men’s health. Dealer Principal Tim is humbled by the result:

“It’s been an honour having Mark, Ramsey and Mikey from DGR join us in delivering these magnificent Triumphs, today,” said Tim.

“Jane and I couldn’t be prouder of our local event which gets so much love and support from the Wollongong region.”

Phill Critcher who placed second globally said DGR 2021 was a terrific day for all:

“This time we started at Stanwall Park and finishing at the Mt Kembla hotel really topped it off. The venue and afternoon of good music, drinks and plenty of conversation with fellow riders was great. All I spoke to were impressed with the day.

“Firstly, thank you to our hosts Tim and Jane from City Coast Motorcycles and congratulations on the successful effort they put in to organising this day.

“A big congratulations to the Wollongong participants that put in, yet again, a great fundraising effort.

“To Mark and his team at Basecamp DGR, congratulations! I hope you guys are proud of the team you have, and the continual growing success of this fundraising event. The international attention this has created is phenomenal. An idea created by a ‘few guys in Sydney’, well done fellas!

“To all the sponsors that support this event, thank you. You are a big part of the success of this totally admiral charity event that I’m sure touches most in society today in some way.

“Finally, to our team “Four Cure” – warm up your engine boys for 2022; we’re off again. I would like to thank the members that didn’t turn up to the presentation at City Coast Motorcycles last Thursday. Our team donation to start the fundraiser, commences at $4,000. Your generosity should be acknowledged.

“Anyone that would like to have a great little ride in good company with some vintage and classic bikes to look at, come and join us all on the 22nd of May and support prostate cancer research and men’s mental health.

Phill could not wait to take in our beautiful coastal scenery on his new Bobber and reported back within the hour:

“Just got to Kiama and it honestly feels great,” said Phill.

“The only road bikes I’ve ever ridden are the Z900 and Harleys. This is beautiful, I really am so happy with the bike!

The Distinguished Gentleman’s Ride 2022 will be held on Sunday May 22nd. Registrations will open on March 28th at gentlemansride.com 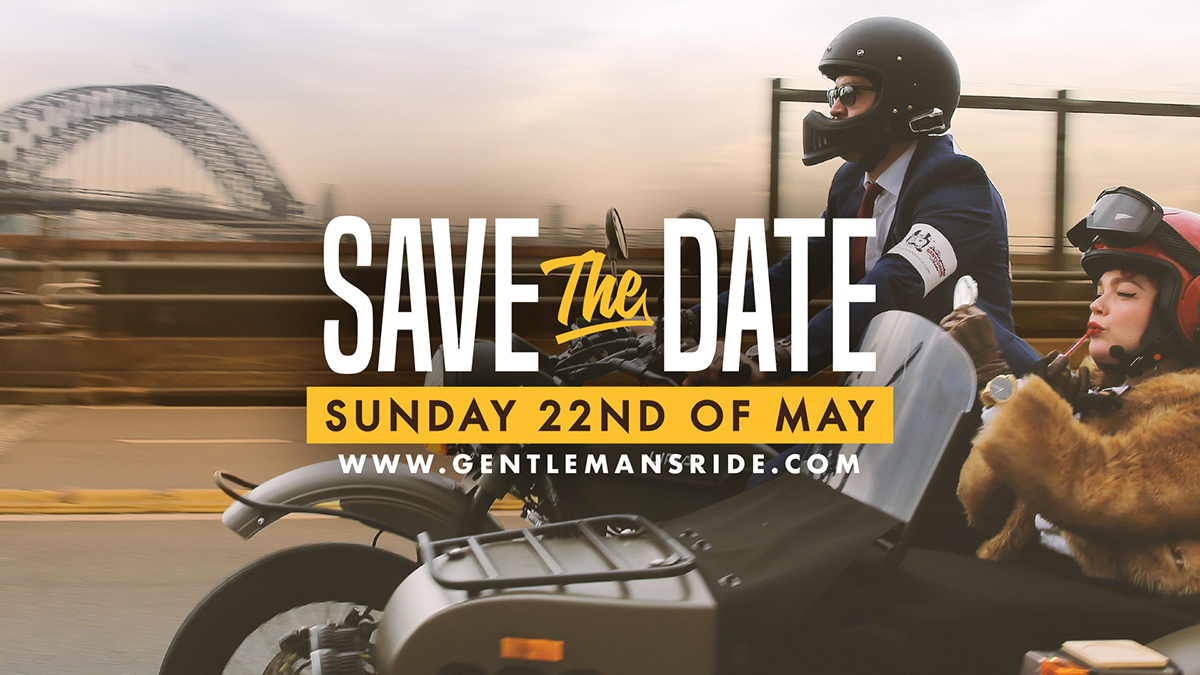